To share your memory on the wall of Joseph Nies, sign in using one of the following options:

To plant a memorial tree in honor of Joseph Nies, please visit our Heartfelt Sympathies Store.

Provide comfort for the family by sending flowers

We encourage you to share your most beloved memories of Joseph here, so that the family and other loved ones can always see it. You can upload cherished photographs, or share your favorite stories, and can even comment on those shared by others.

Posted Feb 08, 2020 at 09:46am
My deepest condolences to the entire Nies family. I hold many fond memories of Uncle Joe. Such a kind man.
Comment Share
Share via:
MR

Posted Feb 06, 2020 at 04:59pm
Dear Jean and kids,
I regret that I am not in town to extend my sympathy in person. Joe was such a kind and gentle person. So many fond memories of you all.
Marilyn Reiser
Comment Share
Share via:
HS

Flowers were purchased for the family of Joseph Nies.

Sweet Tranquility Basket was purchased for the family of Joseph Nies.

Posted Feb 05, 2020 at 09:06pm
We are thinking of you during this difficult time. Our thoughts and prayers are with you and your family.

Jack and Carol Simila purchased flowers for the family of Joseph Nies. 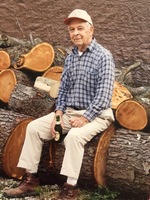 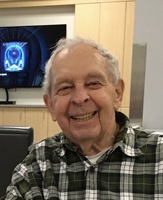