To share your memory on the wall of Thomas Gromacki, sign in using one of the following options:

Friends are invited to the Funeral Mass on Saturday at St. Peter’s Cathedral at 10 am. Send condolences to www.kloeckerfuneralhome.com

Entombment will be in Mary Queen of Peace Cemetery
Read Less

To send flowers to the family or plant a tree in memory of Thomas Gromacki, please visit our Heartfelt Sympathies Store.

Receive notifications about information and event scheduling for Thomas

We encourage you to share your most beloved memories of Thomas here, so that the family and other loved ones can always see it. You can upload cherished photographs, or share your favorite stories, and can even comment on those shared by others.

Posted Sep 25, 2020 at 11:29am
Dear Tom,
I extend to you and your mother and all your family my prayerful condolences on the death of your father. His patron (and yours), "Doubting Thomas", reaffirmed our faith in Christ's resurrection and ours. "Groma" in Polish mean "a lot, a collection", and your father has left behind a lot of family members, a "crowd" that was certainly a "pride and joy" for him (and your mother). He guided so many along the right path in life as a teacher and coach. He (and all the family) brought delight and refreshment to so many through Fiesta Pools. John Wayne's first film was "The Big Trail"; may your father now walk another "Big Trail", accompanied by the angels and saints. He and your mother were blessed by God to be married 62 years. May he meet the Lord, and say with St. Thomas, "My Lord and My God!"
Fr. Dan Kresinski
PS: Tom, you may remember me as your freshman religion teacher at Prep.
Comment Share
Share via:
HS

Posted Sep 24, 2020 at 07:38pm
Our thoughts and prayers are with you. So many great memories with Mr. Gromacki and his family. The memories will stay with me. Stan

Flowers were purchased and a memorial tree planted for the family of Thomas Gromacki. Send Flowers

Posted Sep 23, 2020 at 01:48pm
To the whole family: My deepest condolences on the loss of your husband, father, and grandfather. My memories of Mr. Gromacki are filled with smiles and laughter. We spent many an hour at your pool swimming, barbecuing, and relaxing, along with picnics on our patio. May your memories of time spent together bring you comfort during this difficult time. You are all in my thoughts and prayers.
Sincerely, Amy (Marasco) House 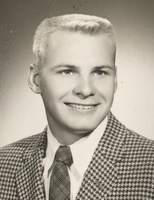 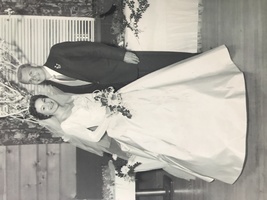