To share your memory on the wall of Robert Murray, sign in using one of the following options:

Rob was an avid, optimistic, and knowledgeable Pittsburgh Steelers, Pirates, and Penguins fan. He was a voracious reader with a quick wit and a way with words, appreciating good writing and bad puns and, although his unassuming nature would have precluded him from saying so, he was a member of Mensa. He was unfailingly kind and considerate and enjoyed sharing stories, occasionally embellishing a detail or two to the benefit of the listener. He loved overlooking the water, whether it was the Ohio River, where he grew up, Harpswell Sound, Maine, where he and Cathy vacationed, or Lake Erie, where he spent much of his adult life. He had a calm and cheerful demeanor, and no one made better popovers.

The Kloecker Funeral Home and Crematory, Inc. is handling the arrangements. A Celebration of Rob’s Life will be held at a later date, when friends and family can gather safely. Contributions in his honor may be made to the Bayfront Maritime Center or a charity of one’s choice. Send condolences to www.kloeckerfuneralhome.com.
Read Less

To send flowers to the family or plant a tree in memory of Robert Murray, please visit our Heartfelt Sympathies Store.

Receive notifications about information and event scheduling for Robert

There are no events scheduled. You can still show your support by sending flowers directly to the family, or planting a memorial tree in memory of Robert Murray.
Visit the Heartfelt Sympathies Store

We encourage you to share your most beloved memories of Robert here, so that the family and other loved ones can always see it. You can upload cherished photographs, or share your favorite stories, and can even comment on those shared by others. 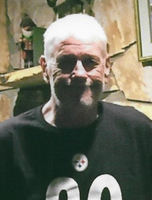