To share your memory on the wall of Michael Peplinski, sign in using one of the following options:

He was born in Blue Earth, Minnesota on April 19, 1962, a son of Edward and Beverly (Angle) Peplinski.

He was born in Blue Earth, Minnesota on April 19, 1962, a son of Edward and Beverly (Angle) Peplinski.

Mike worked at Rapid Mold Solutions for 20 years as a toolmaker and welder. He enjoyed his salt fish tank, working on cars, his two boxer dogs, and his family.

He is preceded in death by his father, Edward Peplinski.

Due to COVID-19 regulations, a private service will be held at St. Jude Church. The Kloecker Funeral Home and Crematory, Inc. is handling the arrangements. Send condolences to www.kloeckerfuneralhome.com

To send flowers to the family or plant a tree in memory of Michael Peplinski, please visit our Heartfelt Sympathies Store.

Receive notifications about information and event scheduling for Michael

There are no events scheduled. You can still show your support by sending flowers directly to the family, or planting a memorial tree in memory of Michael Peplinski.
Visit the Heartfelt Sympathies Store

We encourage you to share your most beloved memories of Michael here, so that the family and other loved ones can always see it. You can upload cherished photographs, or share your favorite stories, and can even comment on those shared by others.

Posted May 05, 2020 at 06:44pm
My sincerest condolences during this challenging time. Wish we could be there to love and support everyone. Love you all! Uncle Mike, you will be missed!
Comment Share
Share via:
DC

Posted May 02, 2020 at 12:58pm
My deepest condolences on your loss of a husband and father. God bless and give you faith , peace and understanding.
Comment Share
Share via:
BP

Mike it's Mary not mom
BP

Posted May 01, 2020 at 02:33pm
To my son
I will miss the JOY you had for the Christmas season and for the pleasure you took in growing flowers in summer and for all the times you told me something making me believe it then laughing cause you made it up . Till we will meet again I Love You MOM
Comment Share
Share via:
AG 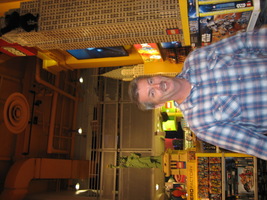 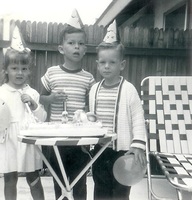 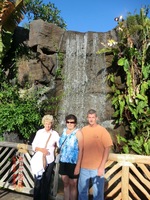