To share your memory on the wall of Kathleen Spiegel, sign in using one of the following options:

She was born in Erie, PA on February 13, 1930, the eldest of seven children born to the late, Leonard J. Kraus and Adele Shelton Kraus. She attended Sacred... Read More
Kathleen Kraus Spiegel, 90, of Erie, passed away on Sunday, September 27, 2020.

She was born in Erie, PA on February 13, 1930, the eldest of seven children born to the late, Leonard J. Kraus and Adele Shelton Kraus. She attended Sacred Heart grade school and Strong Vincent High school, class of 1948. Kathy was happily married to William J. Spiegel for 42 years until his death in 1995. She was also preceded in death by her daughter Ruth M. Gray, brothers, Conrad, Howard, and Kenneth Kraus, sisters, Louise Whiteman and Susan Kraus.

Her faith was a very important part of her life. She was a lady who got things done and her ministries were many. Her church was important to her. She was a Eucharistic minister, lector, and so much more. In her younger years, she was a charter member of CCD, which brought Religion education to the children in public schools. She was a Girl Scout leader for 25 years, president of the PTA at St. Andrews, and helped build the rectory at Blessed Sacrament. She was a Lady of St Patrick. Her and Bill supported the Vietnamese refugees who came to Erie in the 70’s, helping them find housing and jobs. Bill and Kathy volunteered at Emmaus Soup kitchen together for many years and she continued on after his death. She was a supporter of Erie Dawn in their infancy. She was very involved in the Harborcreek Chamber of Commerce and Harborfest. Her favorite ministry was her “Eat Alone Dinners”. She knew many parishioners who ate alone and organized a meal for all to eat and share fellowship. This ministry lasted 24 years. She had the ability to find the right people to help her and then pass the baton for others to take over. Then she would move on to her next project. She attended many retreats at Mount St. Benedict called the “Spirit of the Seasons”. It was an integral part of her spiritual journey with God.

She bought her father’s insurance agency in the 50’s and had a very successful career as an Erie Insurance agent. She was a pioneer in the industry as one of the first female agents at that time. She retired in 2000 to concentrate on her bridge game. She loved to play cards, as was evident in her 5 or 6 games a week. She enjoyed traveling to visit family and friends and was a lifelong reader. She loved to entertain and was very good at it. Sunday family dinners were special for everyone. She enjoyed the holidays, her favorite being Easter. He has Risen, Indeed!

In 2016 she began her battle with dementia, which slowly robbed her of her beautiful mind. She battled with dignity and grace until God’s angels came for her in her sleep. A heartfelt thank you to her caregivers, Chelsea and Kate Spiegel, Anita Morgan, Sue Pickwick, Roberta Warner, and Candace Fell. Best friend, Joan Padden, Thanks for all the cookies!

In Kathy’s honor, find a way to help others as she did. She has planted a seed in many of us. Let us nurture it and grow to our full potential, in God’s name. Memorials may be made to the Alzheimer’s Association, Emmaus Ministries, or any charity of your choice.

Friends are invited to St. Patrick’s Church on Saturday, October 3, 2020 from 9:30am until the time of the Funeral Mass at 11am. The Kloecker Funeral Home and Crematory, Inc. is handling the arrangements. Send condolences to www.kloeckerfuneralhome.com
Read Less

To send flowers to the family or plant a tree in memory of Kathleen Spiegel (Kraus), please visit our Heartfelt Sympathies Store.

Receive notifications about information and event scheduling for Kathleen

We encourage you to share your most beloved memories of Kathleen here, so that the family and other loved ones can always see it. You can upload cherished photographs, or share your favorite stories, and can even comment on those shared by others. 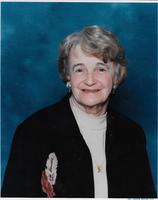