To share your memory on the wall of William Reed, sign in using one of the following options:

He was born in Kersey, Pa on April 6, 1931 a son of the late Joseph and Frances Richards Reed.

He was born in Kersey, Pa on April 6, 1931 a son of the late Joseph and Frances Richards Reed.

William worked at Hammermill for almost 40 years. He was known as “Breaker”. He belonged to several Clubs including the National Club. He enjoyed golfing and bowling, having achieved a hole-in-one and 300. He was a former President of the International Paperworkers Union and enjoyed road trips to the Casino.

He is preceded in death by an infant son, Scott and 12 brothers and sisters.

Friends may call on Thursday at the Kloecker Funeral Home and Crematory, Inc. 2502 Sassafras St. Erie, Pa. 16502 from 2 pm to 4 pm and 7 pm until the time of the service at 8:30 pm. Burial will be private. Send condolences to www.kloeckerfuneralhome.com
Read Less

To send flowers to the family or plant a tree in memory of William Reed, please visit our Heartfelt Sympathies Store.

Receive notifications about information and event scheduling for William

We encourage you to share your most beloved memories of William here, so that the family and other loved ones can always see it. You can upload cherished photographs, or share your favorite stories, and can even comment on those shared by others.

Chris Titus sent flowers to the family of William Reed.
Show you care by sending flowers

Sweet Tranquility Basket was purchased for the family of William Reed. Send Flowers 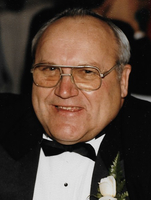