To share your memory on the wall of William MacArthur, sign in using one of the following options:

Jim served in Vietnam from 1969-70 receiving the National Defense Service Medal, Vietnam Service Medal, Vietnam Campaign Medal, and Bronze Star. He had many hobbies. He loved going to hunting camp, bowling and watching sports, especially the Pirates, Nascar, and the Browns. Golfing was probably his favorite sport to play. Some of his happiest moments were going to the see the Masters with his sons and his hole in one! “Grandpa Jim” was very proud of his six grandchildren and all of their accomplishments as well.

The family would also like to express gratitude to the late Father Pete, Joe Tarquinio, Frank Hallman, and The Maria House project for all the support they gave to Jim in his time of need. Memorials may be made to The Maria House Project 1218 French St. (#7) Erie, PA 16501 or online at mariahouseproject.org.

Due to the current pandemic, the service was private. The Kloecker Funeral Home and Crematory, Inc. is handling the arrangements. Send condolences to www.kloeckerfuneralhome.com.
Read Less

To send flowers to the family or plant a tree in memory of William MacArthur, please visit our Heartfelt Sympathies Store.

Receive notifications about information and event scheduling for William

There are no events scheduled. You can still show your support by sending flowers directly to the family, or planting a memorial tree in memory of William MacArthur.
Visit the Heartfelt Sympathies Store

We encourage you to share your most beloved memories of William here, so that the family and other loved ones can always see it. You can upload cherished photographs, or share your favorite stories, and can even comment on those shared by others. 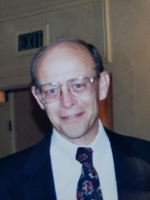