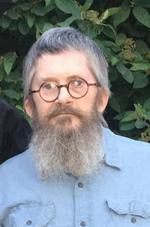 Tim worked at EMTA as a Class A mechanic for over thirty years until he retired. He was a model railroad enthusiast and enjoyed collecting and building model train layouts for many years.

Along with his parents, he is preceded in death by his wife, Vicki O’Connor, a brother, Michael O’Connor, and his in-laws, Pete and Wilma Disque.

The Kloecker Funeral Home and Crematory, Inc. is handling the arrangements. Burial will be private. Please send condolences to www.kloeckerfuneralhome.com