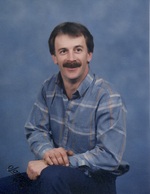 Thomas Anthony DiPierro, age 65, of Clarendon, PA, passed away comfortably at St. Vincent's Hospital in Erie, PA on January 28, 2021. The cause of death was cancer.

Tom was born August 10, 1955 in Warren, PA, the youngest son of Dennie John DiPierro and Mary Ellen (Mahood) DiPierro.
Tom graduated from Warren Area High School, Class of 1974, and moved to Whittier, CA, where he founded his own business TAD Neon Co. After his father passed away he sold the business in 1991 to return home to run the family business, Warren Neon & Mfg. Co. Later, after it closed, Tom began working at Petrex, Inc. in Warren, PA since 2005 until his death. He was a dedicated hard worker who loved his job. Tom was a member of The International Brotherhood of Electrical Workers. He was a 3rd Degree member of The Knights of Columbus; a member of The Fraternal Order of The Eagle's Club; a social member of The American Legion; a member the Security Team at the music festivals at Brushwood, The Blue Heron Festival, and the Sherman, NY Barn Dances. Tom played on the men's softball team in Whittier for many years, and bowled on The Knights of Columbus bowling team in Warren. He was an avid sportsman in hunting and fishing. Tom enjoyed dinners and entertainment with family and friends.

He is survived by three daughters: Kirsten Patricia DiPierro of Erie, PA; Drea Amanda DiPierro and Noelle Mary DiPierro of San Dimas, CA. He is also survived by his brother John Charles DiPierro of Sheffield, PA, his sister Mary Anzietta (DiPierro) Smith and her husband Billy of Riva, MD, and many nieces and nephews. Tom was predeceased by his parents and brother Joseph Francis DiPierro of Warren, PA and his beloved dogs Angus, Tobias, Boo, and The Beeb.

A private burial will take place with immediate family at St. Joseph's Cemetery in Warren, PA. A memorial service will take place at a later date to be determined, hopefully in August on Tom's birthday. The Kloecker Funeral Home and Crematory, Inc. is handling the arrangements.

In lieu of flowers, the family suggests memorial donations to St. Joseph's School, 600 Pennsylvania Ave., Warren, PA 16365. Those wishing to sent online condolences may do so by visiting www.kloeckerfuneralhome.com.