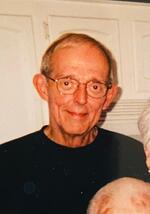 Ron graduated from Strong Vincent and later attended Edinboro University. He enjoyed hunting and fishing and making people laugh. He was a BBQ King and Goulash Guru. In 1995, Ron married the love of his life, Connie. He was truly loved and will be sorely missed.

In addition to his parents, he is preceded in death by his step-daughter, Kathie Hayes.

Friends are invited to the Funeral Service on Saturday, February 20, 2021 at 2 pm at Immanuel Lutheran Church. The Kloecker Funeral Home and Crematory, Inc. is handling the arrangements. Send condolences to www.kloeckerfuneralhome.com.