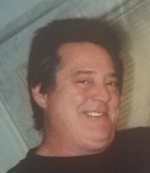 Bob graduated in 1974 from Corry Area High School. For most of his life, Bob worked as a HVAC contractor. He was a simple man and enjoyed the little things in life. Bob enjoyed music, playing his guitar, and being a part of different oldies bands. He was also an avid Star Trek Fan.

He is preceded in death by his parents, his aunts, Mary Ann Rittenhouse and Virginia “Ginger” Stockton, and his ex-wife, Theresa Rittenhouse.

A public memorial service will be held at a later date. Burial will be private. The Kloecker Funeral Home and Crematory, Inc. is handling the arrangements. Send condolences to www.kloeckerfuneralhome.com

In lieu of flowers, donations may be made to the family.