To share your memory on the wall of Robert Rittenhouse, sign in using one of the following options:

Bob graduated in 1974 from Corry Area High School. For most of his life, Bob worked as a HVAC contractor. He was a simple man and enjoyed the little things in life. Bob enjoyed music, playing his guitar, and being a part of different oldies bands. He was also an avid Star Trek Fan.

He is preceded in death by his parents, his aunts, Mary Ann Rittenhouse and Virginia “Ginger” Stockton, and his ex-wife, Theresa Rittenhouse.

A public memorial service will be held at a later date. Burial will be private. The Kloecker Funeral Home and Crematory, Inc. is handling the arrangements. Send condolences to www.kloeckerfuneralhome.com

In lieu of flowers, donations may be made to the family.
Read Less

To send flowers to the family or plant a tree in memory of Robert Rittenhouse, please visit our Heartfelt Sympathies Store.

Receive notifications about information and event scheduling for Robert

There are no events scheduled. You can still show your support by sending flowers directly to the family, or planting a memorial tree in memory of Robert Rittenhouse.
Visit the Heartfelt Sympathies Store

We encourage you to share your most beloved memories of Robert here, so that the family and other loved ones can always see it. You can upload cherished photographs, or share your favorite stories, and can even comment on those shared by others.

Posted Apr 18, 2020 at 12:08pm
Bob was always looking for ways to make people laugh. I knew him years ago while he was the guitarist a band with my husband. We were much younger then and having fun and being a prankster was Bob's specialty and I always enjoyed that in him.
I am not sure how many people know what a metronome is but to assist those who don't, this, from Wikipedia: A metronome, from ancient Greek μέτρον (métron, "measure") and νέμω (némo, "I manage", "I lead"), is a device that produces an audible click or other sound at a regular interval that can be set by the user, typically in beats per minute (BPM). Musicians use the device to practice playing to a regular pulse. Metronomes typically include synchronized visual motion (e.g., swinging pendulum or blinking lights). - Well, Bob's definition was far more creative. "A Metronome is a Gnome that lives in the city."
Thanks for all of the laughter and smiles and happy memories Bob. If there's a Rock 'n Roll heaven...., well, you know the rest.
Linda Cornelius Burfield
Comment Share
Share via:
SC 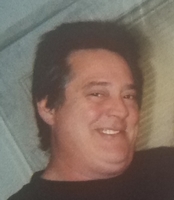