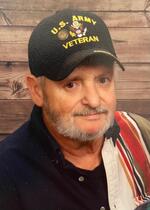 He was born in Erie, PA on October 24, 1956, the son of the late, Robert Hendricks Dunlap and Shirlie (Culbertson) Koslo.

After he was born, the family moved to Mentor, OH. Bob joined the U.S. Army, becoming an ammunition specialist. Among his deployments were Fort Hood, TX, Carson City, CO, and Karlsruhe, Germany. He was always proud of the years he gave in the service to his country.

After military life, Bob began a long career at G.E. where he was employed for almost 30 years, retiring in 2016. In his younger years Bob enjoyed ice fishing and snowmobiling. When he and his wife moved to the country, his attention turned to hunting the woods surrounding his property and camping with friends at different sites in Pennsylvania, Ohio and New York. Roaring camp fires became almost a ritual during summers. His life was rich and varied, filled with hard work and hard play.

Besides his parents, Bob was preceded in death by an infant brother, step-father, Ray Koslo, step-mother, Helen Dunlap, and brother-in-laws, Wayne Brenneman and Doug Armes.

Friends are invited to the viewing at Kloecker Funeral Home and Crematory, Inc. 2502 Sassafras Street Erie, PA 16502 on Saturday from 10 am until 10:45 am. The service will be held at Calvary Cemetery Chapel at 11 am on Saturday followed by a Veteran Burial Detail. Send condolences to www.kloeckerfuneralhome.com.