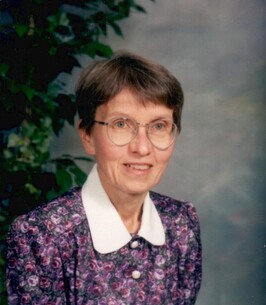 She was born in Erie on October 2, 1947, a daughter of the late Robert and Mary (Gabrielson) Bailey.

Patty received training to be a teacher through the Cadet Teacher program at Mercyhurst College and was a first-grade teacher with the Diocese of Erie at St. Gregory’s School in North East, Pa., and St. Mary’s School in Erie. She was a dedicated mother and devoted many years to raising her children and caring for her family. After her children were grown, she provided loving care to other children in her home for many years and developed lifelong relationships with them. She later worked in the cafeteria of Robison Elementary School for several years.

Throughout her lifetime, she was involved in numerous volunteer roles, most recently with Listening Hearts (Monasteries of the Heart) where she worked with the Benedictine Sisters of Erie PA to spread God’s love and wisdom to women in need. She was honored as an oblate with the Benedictine Sisters, a role that she cherished over the past several years. She was a member of St. Andrew Catholic Church in Erie.

She enjoyed spending time with her family, especially as “Grammy” to her four grandchildren, as well as sewing, crafts and vegetable gardening.

In addition to her parents, Patricia is preceded in death by a sister, Jeanne Pirello, of Erie. Her husband of 50 years, James Whitehill, died on September 23, 2022, shortly after her death.

Friends may call on Friday at the Kloecker Funeral Home and Crematory, Inc. 2502 Sassafras St. Erie PA 16502 from 3 pm until 7 pm and are also invited to the prayer service at the funeral home on Saturday at 9:15am followed by the Funeral Mass at 10am at St. Andrew’s Church. Burial will be at Gate of Heaven Cemetery. Send condolences to www.Kloeckerfuneralhome.com.

In lieu of flowers, donations may be made to Monasteries of the Heart, 355 East 9th Street, Erie, PA 16503, or www.monasteriesoftheheart.org; or Michael Making Lives Better, https://mmlb.foundation/