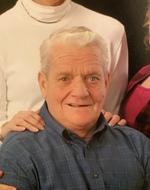 Norman W. Snider, Sr., 79, passed away peacefully at home on Monday, October 26th.  Norman was born in Erie, December 16, 1940, the son of the late Joseph and Henrietta Maichler Snider.  He is survived by his wife of 61 years, Marleah L. (Allen) Snider.  His children Norman W, Jr. and wife Judy (Cichetti) Snider, Kathleen D Snider and Kimberly White and William J., Sr. and wife Laurie (Cox) Snider.  He also had two grandchildren, William Jr. and Allison Snider.  He was also survived by his sister, Patricia and the late Paul Dylewski, brother, Thomas and wife Sharon as well as his sister-in-law, Joyce and the late Robert Joyce and many nieces and nephews.

Norm is a graduate of the Cathedral Preparatory School class 1958.  He owned and operated several gas stations over the past 50 years, most recently, Snider Shell Service Station in North East, PA.

He, along with his wife, enjoyed spending time with his children and grandchildren supporting them in their various sporting events.

Friends are invited to the Funeral Mass at St. Luke Church on Friday at 11 am. Burial will be private. Memorial contributions may be made to St. Luke Catholic Church.

Arrangements are being handled by the Kloecker Funeral Home and Crematory, Inc. Send condolences to www.kloeckerfuneralhome.com