To share your memory on the wall of Norman Snider, sign in using one of the following options:

Norm is a graduate of the Cathedral Preparatory School class 1958.  He owned and operated several gas stations over the past 50 years, most recently, Snider Shell Service Station in North East, PA.

He, along with his wife, enjoyed spending time with his children and grandchildren supporting them in their various sporting events.

Friends are invited to the Funeral Mass at St. Luke Church on Friday at 11 am. Burial will be private. Memorial contributions may be made to St. Luke Catholic Church.

Arrangements are being handled by the Kloecker Funeral Home and Crematory, Inc. Send condolences to www.kloeckerfuneralhome.com
Read Less

To send flowers to the family or plant a tree in memory of Norman Snider, please visit our Heartfelt Sympathies Store.

Receive notifications about information and event scheduling for Norman

We encourage you to share your most beloved memories of Norman here, so that the family and other loved ones can always see it. You can upload cherished photographs, or share your favorite stories, and can even comment on those shared by others. 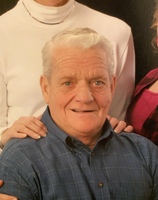