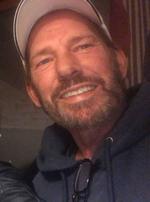 Michael John O’Brien, Sr., age 65, of Erie, passed away peacefully at his residence on Tuesday, March 3, 2020 surrounded by his family and his four-legged baby Missy.

Mike was born in Erie, PA on February 15, 1955, a son of Regina (Reggie) and James O’Brien.
Mike was a proud 4th generation Cathedral Prep graduate. He worked as a tool and die journeyman for over thirty years. He loved and lived for all sports, from playing with his famous left-hand in basketball, baseball, and football, to coaching his son’s baseball teams for over ten years, and playing golf. He never missed any of his kids sporting events, and particularly loved watching Mikey on Friday nights. On Friday nights and Sundays, you could find him enjoying football and rooting for his favorite teams the Cleveland Browns, Cathedral Prep, and for his son’s team, the Dallas Cowboys. He was always watching sports with his wife Jackie. No matter where he went or what he was doing, you would always see him with his shining angel by his side, Jackie. These two were inseparable from the time they met, it was a true love story. He was such a genuine man who did anything he could for others, especially for his Father, Jackie, and his kids. He gave so much love and spread it among his children, along with anyone else who came into his life.

He was preceded in death by his father, James O’Brien, his former wife, Lorna O’Brien, and his four-legged baby, Coco.

Friends may call on Sunday at the Kloecker Funeral Home and Crematory, Inc. from 2 pm until 6 pm and are invited to the Funeral Service on Monday at 11 am at the funeral home. Send condolences to www.kloeckerfuneralhome.com.

Burial will be at Laurel Hill Cemetery.