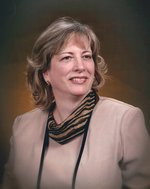 She graduated from Villa Maria Academy in Erie, PA. Retired from Lennox International Inc. She was a member of East Erie Turner’s. She attended St. Luke’s Parish in Erie and St. Francis of Assisi Catholic Church in Frisco, TX. She was an avid collector of frogs. She enjoyed traveling, sewing, golfing and bowling. In later years she enjoyed performing at Scarborough Renaissance Festival, Dickens on the Strand and being Mrs. Claus for the kids.
Along with her parents she was preceded in death by her husband David Sienicki and her nephews David and Fredrick Manno.

She is survived by her son Stephen Kerner and his wife Joyelle of Michigan and her partner Douglas Jacobs of Iowa; step-daughters Jill Sciulli and her husband Dominic of Gibsonia, PA and Lisa Luttner of Pittsburgh, PA; Doug’s children Carrie Hamlin of Richardson, TX and Andrew Jacobs of Clive, IA; sister Susan Manno of Texas and brother Michael Manno and his wife Ann of Buffalo Grove, IL; grandchildren Nicholas Kerner, Cailyn Kerner, Enrico Sciulli, Ava Sciulli, Samantha Luttner, and Drew, Linden, Campbell, Rylan, and Ellory Jacobs.
She is further survived by her cherished nieces, grand-niece/nephews, and cousins.

She will be buried at Gate of Heaven Cemetery in Erie, PA. The Kloecker Funeral Home and Crematory is handling arrangements.

If you wish to honor her memory, Memorials can be made to the American Cancer Society, 2115 West 38th St, Erie, PA,16508; Juvenile Diabetes Research Foundation, or American Heart Association.