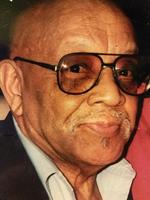 At the age of 17 Joseph enlisted in the army. After he served, he married Mildred Alexander. The two of them had three children, Lenora, Joseph Jr. and Jan Marie. Joseph then married Louise, the two of them had one daughter, Michelle. Later he married Essie and they had one daughter, Kimberly. After he and Essie divorced, he then married Celida and moved to Erie, PA. He then divorced Celida and fell in love with Ethel (Dolly) Holman Schroeder-Barton. She was with him to the end and lovingly cared for him until his death.

Joseph loved to travel, especially to his favorite place, Las Vegas. Joseph lived a full and active life to the point that he even drove himself to the casino up until his nineties.

Joseph is preceded in death by two of his children, Joseph Jr. and Jan Marie, and his wife, Mildred Alexander.

He was truly loved by all who knew him, but God loved him best. In life, in death, oh Lord abide in me.

A memorial mass will be held at a later date. The Kloecker Funeral Home and Crematory, Inc. is handling the arrangements. Send condolences to www.kloeckerfuneralhome.com