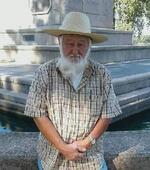 He was married to the late Lucinda Covey Lanphere whom he married on November 25, 1960.

He was a long time truck driver and would have still been driving if he could.

He was always willing to help anyone he could. He loved his yard sales – even if he didn’t need something he bought it because someone else may need it later on.

In addition to his wife Lucinda, and parents he was proceeded in death by Joel (Shirley) Lanphere, Jerry (Cindy) Lanphere, and Jay Lanphere

A memorial gathering will be held Saturday, January 23, 2021 at Park United Methodist Church in Sinclairville, NY from 2pm – 6pm with a small service at 4pm.