To share your memory on the wall of Jeffrey Earll, sign in using one of the following options:

Print
Jeffrey G. Earll, age 62, of Erie, passed away on Saturday, November 16, 2019 following a courageous year-long battle with cancer. He was born in Erie, PA on May 3, 1957, son of Ruth Earll and the late Howard Earll.

Jeff graduated from A... Read More
Jeffrey G. Earll, age 62, of Erie, passed away on Saturday, November 16, 2019 following a courageous year-long battle with cancer. He was born in Erie, PA on May 3, 1957, son of Ruth Earll and the late Howard Earll.

Jeff graduated from Academy High School in 1975. He worked with his father, owner of West End Hardware until 1991 when they become partners. Following Howard's passing, Jeff, along with his son Jeff Jr. and nephew Tim, grew the business exponentially. Most recently, to accommodate the growth, a 5,000 square foot warehouse was built.

Jeff shot trap and skeet and was a member of Bay City Gun Club and Erie Skeet Club. He was an avid outdoorsman who loved hunting and fishing. He especially enjoyed time at David's camp with his friends.

Friends may call on Friday at the Kloecker Funeral Home and Crematory, Inc. 2502 Sassafras St. Erie, PA. 16502 from 4 pm until 8 pm. Send condolences to www.kloeckerfuneralhome.com

To send flowers to the family or plant a tree in memory of Jeffrey Earll, please visit our Heartfelt Sympathies Store.

Receive notifications about information and event scheduling for Jeffrey

We encourage you to share your most beloved memories of Jeffrey here, so that the family and other loved ones can always see it. You can upload cherished photographs, or share your favorite stories, and can even comment on those shared by others.

Posted Nov 22, 2019 at 07:20pm
Dear Lisa, Ruth and Family
Our deepest sympathy on Jeff's passing. Words cannot express our sorrow for your grief. We ask that God comfort you as you remember his life as wife, son, brother or relative and friend. Jeff always had a smile and something nice to say when you met him. Our memories of Jeff bring a portrait of a kind and generous man. May you ever be proud to know he was your loved one. Sorry, we can't be there personally as we are still in Florida. God's blessing to you all.
Scorchy & Mary Lou

Posted Nov 21, 2019 at 01:33pm
To Lisa and Jeff Jr
I am so sorry for your loss. I am a previous tenant of your townhouse on Poplar St. for many years. It was great living next to you both before you bought your house. Jeff was a great guy and you both were always so nice to me especially through my divorce.
My condolences,
Brenda Corbett
Comment Share
Share via: 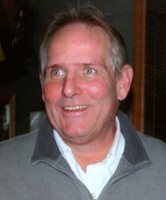