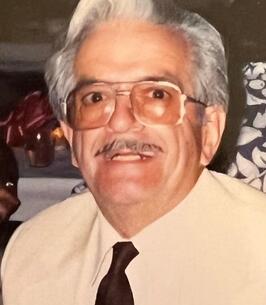 Jim was a proud US Air Force veteran. He retired from the Erie Fire Department where he worked as a dispatcher. He was a long time member of the Sunflower Club, where he served as President and was part of the Board for many years. Jim was a huge Notre Dame fan. He enjoyed crossword puzzles and playing golf. Jim loved spending time with family especially his grandchildren and his best friend, his dog Buffy Bear.

In addition to his parents, he is preceded in death by his son, Matthew Arndt, infant son, Robert Arndt, grandson, Sean Siira, and many brothers and sisters.

A celebration of life will be held at later date. The Kloecker Funeral Home and Crematory, Inc. is handling the arrangements. Send condolences to www.kloeckerfuneralhome.com.