To share your memory on the wall of Donald DiPlacido, sign in using one of the following options:

Don attended Strong Vincent High School and graduated in 1943. He served his country in the Army Air Force in WW2 as a gunnery instructor. Upon returning from the War, he received an Art Degree from Edinboro College, worked at McAllister’s Boat Repair and Penelec. He attended Gannon College, played basketball there and received his Bachelors in English and Social Studies. In 1966, he received a Master’s degree in Guidance and Counseling from Gannon. He was an art teacher at Memorial for ten years and after receiving his Master’s degree, worked as a full-time Guidance Counselor at Technical Memorial High School and a part-time evening counselor at Gannon College. His career spanned 35 years in the Erie School District.

Don married Lois Anne Dudenhoeffer on June 22, 1957. He loved her cooking and extraordinary baking and never ended a meal without thanking her.

As a devout Catholic, he was in the first group to become a Eucharist Minister in the Catholic Church. He was a brilliant artist and skilled golfer, having 3 holes-in-1.

Don was the epitome of a gentleman. His kind, blue eyes and soft spoken voice of reason and wisdom, and joking nature will be missed by many!

Friends may call on Sunday, March 1st at the Kloecker Funeral Home and Crematory, Inc. from 2 pm until 6 pmand are invited to the prayer service there on Monday at 9:15 am followed by a Funeral Mass at 10 am at Our Lady of Peace Church. Send condolences to www.kloeckerfuneralhome.com

Burial will be at Calvary Cemetery.

To send flowers to the family or plant a tree in memory of Donald DiPlacido, please visit our Heartfelt Sympathies Store.

Receive notifications about information and event scheduling for Donald

We encourage you to share your most beloved memories of Donald here, so that the family and other loved ones can always see it. You can upload cherished photographs, or share your favorite stories, and can even comment on those shared by others.

Posted Mar 02, 2020 at 08:12am
Please except our sincere sympathies for the loss of your loved one. May prayers and beautiful memories bring you comfort in the days to come.
A donation in honor of your loved one have been made to St. Jude's Children's Research Hospital.
Blessings,
on behalf of the employees at Klein Plating Works.
Comment Share
Share via:
SK

Please accept our sincere sympathies for the loss of your loved one. May prayers and beautiful memories bring you comfort in the days to come. A donation in honor of your loved one have been made to St. Jude's Children's Research Hospital. Blessings, on behalf of the employees at Klein Plating Works. 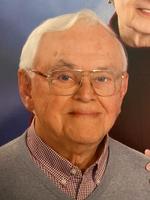