To share your memory on the wall of Craig Camp, sign in using one of the following options:

Craig was a devoted father and grandfather to his beautiful grandchildren who he adored.  After graduating from McDowell High School, Craig lived in Houston TX, New Smyrna Beach FL, and Holden MA.before moving back to Erie.  Craig was a lifelong Kansas City Chief fan and was able to see his Chiefs bring home the championship after 50 years.

Craig loved camping which he enjoyed at a young age at his grandparents' camp in Tionesta PA where his parents, brothers and sister, aunts, uncles, cousins and friends were all welcome and great memories were made.

He is preceded in death by his parents and a sister, Kelly Camp.

Friends may call on Saturday at the Kloecker Funeral Home and Crematory, Inc from 3 pm until the time of the service at 6 pm.  In lieu of flowers, memorials may be made to a charity of one’s choice.  Send condolences to www.kloeckerfuneralhome.com

To send flowers to the family or plant a tree in memory of Craig Camp, please visit our Heartfelt Sympathies Store.

Receive notifications about information and event scheduling for Craig

We encourage you to share your most beloved memories of Craig here, so that the family and other loved ones can always see it. You can upload cherished photographs, or share your favorite stories, and can even comment on those shared by others. 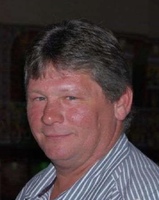