To share your memory on the wall of Christine Hilbert, sign in using one of the following options:

She graduated from McDowell High School and early in her career worked at Villa Maria Academy. For the majority of her career she worked as a legal secretary at Knox McLaughlin Gornall & Sennett, and later at Conner Riley Friedman & Weichler. Her dedication to her work was remarkable.

Chris and Peter Tibbetts were married on September 8, 1984. Together they created a beautiful and welcoming home that has been enjoyed by family and friends for many years. She was passionate and talented in making, sharing and listening to music, gardening, cooking and baking, and all arts and crafts. She had a unique and artistic eye for beauty, and generously shared her creations with many. Chris hosted and produced a weekly radio program, “Homespun Trails” on WQLN. Chris’s voice has been a mainstay on public radio for nearly 40 years, and will be recognized with a tribute broadcast on WQLN.

In the mid-1980s, Chris partnered with other supporters of local music to found the production company Larkspur Productions, which brought Celtic and other folk music performers to Erie. She was a longtime supporter of the local arts, artists, and environmental causes.

Memorial contributions may be made to WQLN, the Western Pennsylvania Conservancy, or Goodell Gardens.

The Kloecker Funeral Home and Crematory, Inc. is handling the arrangements. Send condolences to www.kloeckerfuneralhome.com

A celebration of Chris’s life will be held at a future date. Details will be announced at a later time.
Read Less

To send flowers to the family or plant a tree in memory of Christine Hilbert, please visit our Heartfelt Sympathies Store.

Receive notifications about information and event scheduling for Christine

There are no events scheduled. You can still show your support by sending flowers directly to the family, or planting a memorial tree in memory of Christine Hilbert.
Visit the Heartfelt Sympathies Store

We encourage you to share your most beloved memories of Christine here, so that the family and other loved ones can always see it. You can upload cherished photographs, or share your favorite stories, and can even comment on those shared by others.

Love, J and Deb XO XO sent flowers to the family of Christine Hilbert.
Show you care by sending flowers

Posted Jul 01, 2020 at 10:23am
Pete, please know you have our most heartfelt sympathies for your loss of Chris. She was an amazing woman and we loved her dearly (always will). 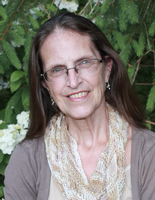