To share your memory on the wall of Charles Stevens, sign in using one of the following options:

Being a humble man, Charles H. Stevens, Sr. liked to do things quietly and he quietly took his last breath on Thursday, August 29, 2019 at the VA Hospital with his wife, Marjorie by his side.

He was born in Stevensville, MD, a town on Kent Island named after his ancestors, on October 2, 1927 a son of the late Earl and Grace Fairbanks Stevens.

He previously worked for Copes Vulcan where he helped to establish their Credit Union. He also spent many years working at Erie Postal Credit Union helping many, and retired after 30 plus years as a Manager for the US Postal Service.

He loved fishing and crabbing in MD where he earned the distinction of a Waterman. He served in WWII helping to dismantle Hitler’s private train. He loved spending time with his family, friends, and garden. His family was his world.

He was preceded in death by a sister, Peggy Stevens and a brother, Earl Stevens.

Charlie had a heart of gold, but in the last week it had no more strength. He may have given that strength to his lovely wife of 68 years because he always gave her everything he had.

If you were lucky enough to know Charlie, you would know he was a kind and gentle man. He would do anything for anybody who needed it. He supported his family above and beyond all.

He loved to play cards, have a beer by the fire, ride his pontoon boat at Canadohta Lake, play pool, darts, or go to the casino. He was lucky to have retired 30 years ago. He was a member of many clubs in the Erie area.

He will be missed so deeply by so many, but is now at peace and probably eating M&M’s in heaven.

Friends may call on Saturday at All Saints Church from 10 am until the time of the Funeral Mass at 11 am. Send condolences to www.kloeckerfuneralhome.com

In lieu of flowers, donations can be made in his name to the Down’s Syndrome Group of Erie County Pennsylvania, 2221 Penninsula Dr. Erie, PA. 16506or the VA Hospice, 135 E. 38th St. Erie, PA. 16504 who honored and protected Charlie and his family at the end of his life journey.

The Kloecker Funeral Home and Crematory, Inc is in charge of arrangements.
Read Less

To send flowers to the family or plant a tree in memory of Charles Stevens Sr., please visit our Heartfelt Sympathies Store.

Receive notifications about information and event scheduling for Charles

We encourage you to share your most beloved memories of Charles here, so that the family and other loved ones can always see it. You can upload cherished photographs, or share your favorite stories, and can even comment on those shared by others. 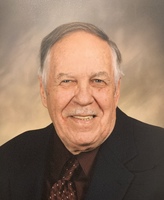 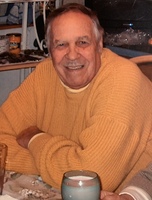 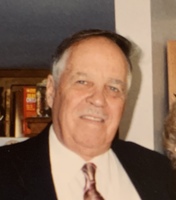