To share your memory on the wall of Benedict Montifiori, sign in using one of the following options:

He was born in Erie on July 6, 1944 a son of the late Benedict Montifiori and Sophie Sharkey Zabrowski.

He was born in Erie on July 6, 1944 a son of the late Benedict Montifiori and Sophie Sharkey Zabrowski.

Ben worked for Strayer for over 16 years. He is the former owner of Mamma Mia’s Pizza and volunteered for several organizations. He loved playing bingo, fishing and the Pittsburgh Steelers.

He is preceded in death by his granddaughter, Amanda Dougherty.

Friends may call on Monday at the Kloecker Funeral Home and Crematory, Inc from noon until the time of the service at 4 pm. Send condolences to www.kloeckerfuneralhome.com

To send flowers to the family or plant a tree in memory of Benedict Montifiori, please visit our Heartfelt Sympathies Store.

Receive notifications about information and event scheduling for Benedict

We encourage you to share your most beloved memories of Benedict here, so that the family and other loved ones can always see it. You can upload cherished photographs, or share your favorite stories, and can even comment on those shared by others.

Posted Dec 23, 2019 at 07:26pm
RIP Ben. God bless your soul. You were a great person. It was my pleasure to have known you. Emanuel Montejo Erie VA.
Comment Share
Share via: 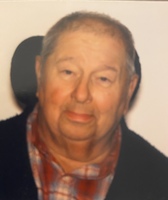