To share your memory on the wall of Alan Merryman, sign in using one of the following options:

He was born February 2, 1937, the son of the late Howard E. And Grace Wurst Merryman.

He was born February 2, 1937, the son of the late Howard E. And Grace Wurst Merryman.

Al attended Academy High School, where he met the love of his life, Marilyn Morey Merryman. Al and Marilyn were married on September 21, 1957. They were married for nearly 50 years and had three sons. Al was employed for many years at Waste Management and always worked hard to provide for his family. He was an avid fisherman and model train enthusiast. Al and Marilyn spent many enjoyable hours at Presque Isle.

Marilyn preceded Al in death on June 22, 2007. In addition to his parents, he was also preceded in death by his brother, James, his brother-in-law James Morey and a daughter-in-law Catherine Merryman. He is survived by his sister Barbara Swenson and her husband Richard; his sons and their wives - Howard and Jean, David and Karen, and Brian and Beth; grandchildren Diane Russell (Shawn), Sarah, Jared, Alyson, Alexander, and Noah Merryman, and Kiersten Lazerevic (Robert); great-granddaughters Ellie, Macy, and Abby Russell; sister-in-law Sharon Morey, and many nieces, nephews, cousins, and friends.

Friends are invited to attend a memorial Mass for Alan on Monday, June 24 at 1:30 p.m. at Sacred Heart Church. Send condolences to www.kloeckerfuneralhome.com. Memorials may be made to the Sacred Heart Food Pantry.
Read Less

To send flowers to the family or plant a tree in memory of Alan Merryman, please visit our Heartfelt Sympathies Store.

Receive notifications about information and event scheduling for Alan

There are no events scheduled. You can still show your support by sending flowers directly to the family, or planting a memorial tree in memory of Alan Merryman.
Visit the Heartfelt Sympathies Store

We encourage you to share your most beloved memories of Alan here, so that the family and other loved ones can always see it. You can upload cherished photographs, or share your favorite stories, and can even comment on those shared by others.

Guaranteed hand delivery by a local florist
A

Posted Jun 24, 2019 at 07:51am
Howard, Brian, David, and your families, I am so sorry to hear about the loss of your Dad. I had such fun with he and your Mom for close to the 30 years that I have known you all. I am so sorry that I cannot join you for the funeral ... we are having a high school retreat for our kids. I will always remember his wonderful smile and gentle peace whenever he was around your families ... and, how he adored his grandkids. I, also, remember how lost he was after Marilyn died. Be at peace knowing that the two of them are together again, dancing and laughing and basking in the light and the Glory of the very face of God!

Posted Jun 23, 2019 at 07:07pm
Dave, our deepest sympathy to you and your family. Our thoughts and prayers are with you, God bless.
Joe Felice and family
Comment Share
Share via:
MW

Posted Jun 21, 2019 at 09:06am
Sincere sympathies to the Merryman family. Al was a hard working man during the many years I worked with him at Waste Management. Thinking of you during these difficult days.
Melanie Williams
Comment Share
Share via: 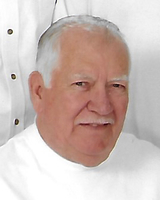 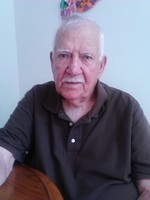 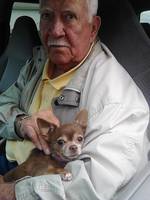